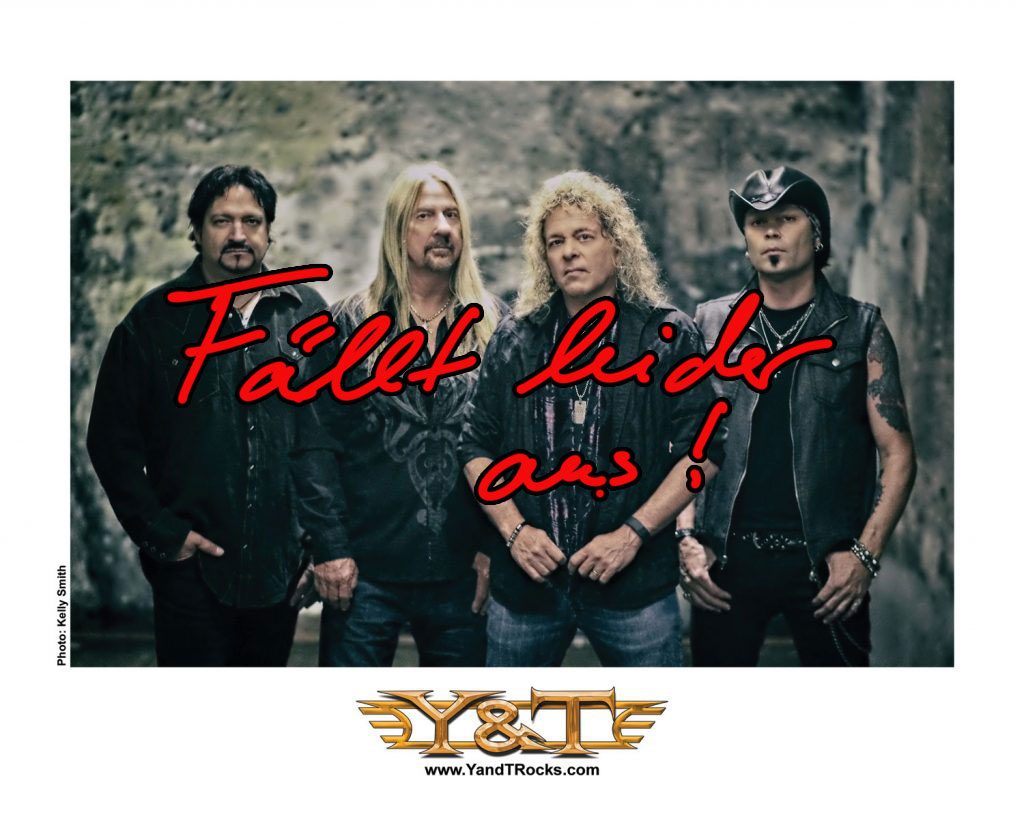 ***IMPORTANT ANNOUNCEMENT***
As many of you know, earlier this year Dave Meniketti was diagnosed with prostate cancer. He has just completed radiation treatments, the side effects of which have become stronger and more disruptive to his daily life. His doctor says these will likely last for 4-6 months, which is through the band’s entire Europe/UK tour.
While he can play an occasional 90-120-minute show, it is not wise for him to push his body on a rigorous 2-month tour—that will take too much toll on him. We need to give Dave the time to fully recover before he can consider doing an extensive tour.
Therefore, we must cancel this year’s Europe/UK tour. While we are all disappointed, we look forward to having Dave back in full form for years to come.
Rather than postpone yet again, we feel it is best for the fans that we cancel the tour and we have requested that each venue refund all ticket holders; please contact the venue and/or the vendor where you purchased your tickets.
Thank you for understanding that Dave’s health takes priority.

Before Mötley Crüe, before RATT, even before there was a Metallica, Y&T was slogging away in sweaty rock clubs around America. When the band formed in the early 1970s, little did they know they would set the standard for hard rock bands that trailed. Many of the biggest acts of the ’80s became popular opening for headliners Y&T—and cut their teeth on the band, as evidenced by the Y&T mentions in tell-all books by acts such as Metallica and Mötley Crüe.

Born in Oakland, California, Y&T is one of the San Francisco Bay Area’s own innovators of the hard rock sound. Whether performing to a festival crowd of fifty-thousand or in an intimate nightclub, Y&T’s highenergy set and passionate performances still captivate legions of fans around the globe, proving Y&T’s music timeless.

With a discography of 18 albums, four greatest hits collections, plus a box set, Y&T have sold over four million albums since their 1974 inception. The band’s most recent single “I’m Coming Home” has climbed to roughly 1.5 million views on YouTube. Y&T received extensive airplay with hits such as Forever, Rescue Me, Mean Streak, Don’t Stop Runnin’, and Summertime Girls—which played in heavy rotation on MTV. Y&T songs have been featured in a multitude of movies and television shows, including Real Genius, Out of Bounds, Baywatch, and Hunter. After five top 100 albums, songs that tipped into the 40s, two Bammie Awards, and many international television appearances, Y&T’s hits are still played on VH1 Classic and Classic Rock radio stations worldwide.

With Kennemore’s untimely passing from lung cancer, the band carries on the legacy that is Y&T. Y&T continues to tour the world, featuring the dynamic original frontman Dave Meniketti (guitar/lead vocals), John Nymann (guitar/vocals), Aaron Leigh (bass/vocals), and Mike Vanderhule (drums/vocals), playing songs that span the band’s five-decade career and including all the hits and fan favorites. Prepare to have your face melted.